Hillel Neuer's speech here in full, scroll down for the video. 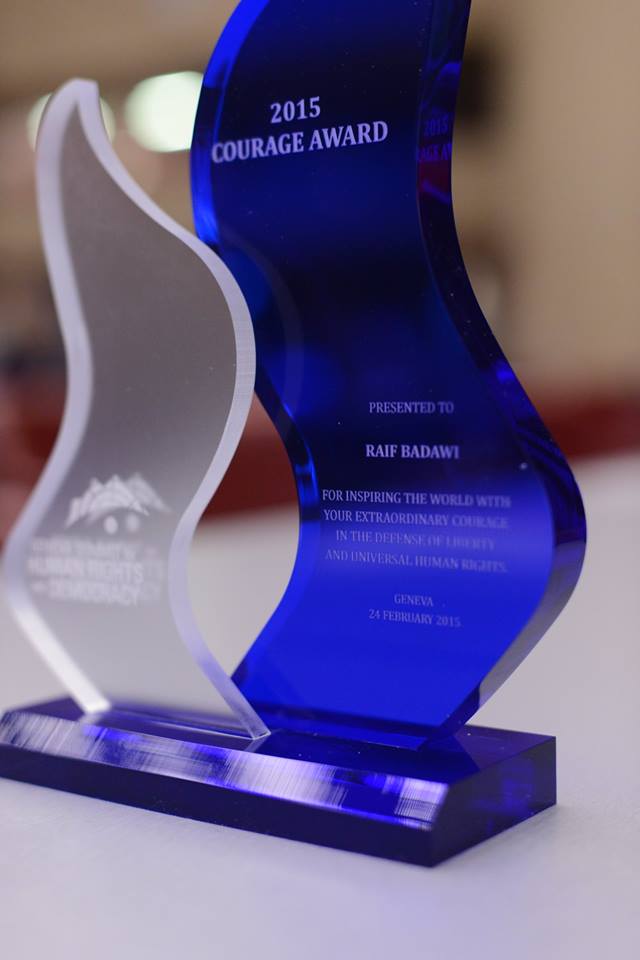 Mr. President, The Vienna Declaration enshrined the idea that the human being can be oppressed, persecuted and jailed - but the human spirit, the flame of liberty, cannot be extinguished.

Martin Luther King, who led the non-violent struggle for equal rights of African-Americans, was arrested 30 times and put behind bars. Eventually he won the Nobel Peace Prize, becoming one of the great figures of his country and the world.

In Czechoslovakia, Václav Havel spent five years in and out of Communist prisons, endured decades of police surveillance and had many plays and essays suppressed. Eventually he led the Velvet Revolution that overthrew Communism in 1989 and served fourteen years as President. He became a potent symbol in the West for the struggle against authoritarianism in Communist Eastern and Central Europe.

Mr. President, today in our time we have our own model of courage. His name is Raif Badawi, a Human Rights activist in Saudi Arabia. He was arrested by Saudi Arabia, which is a Member of this Council, after starting a website called Free Saudi Liberals. The blog featured content critical of the country's religious establishment. He was convicted of cyber-crime and sentenced to a thousand lashes and ten years in prison.

He was flogged in January with the first fifty lashes. His story is world famous.

At The Geneva Summit held across the street, twenty Human Rights Groups, led by UN Watch, bestowed Mr. Badawi with this prize. The 'Geneva Summit Courage Award' presented to Raif Badawi for inspiring the world with your extraordinary courage in the defence of liberty and universal human rights.

Today Mr. President, I urge Saudi Arabia as a Member of this Council which has solemnly pledged to promote and protect human rights, to announce here and now... that you will release Mr. Badawi, an innocent man who has committed no crime - and to be proud to accept this award on his behalf, to give it to him, and to be proud of perhaps the most courageous citizen in all of Saudi Arabia - and perhaps in the World.