Before the recent British Parliamentary recess, Scottish National Party MP Stewart McDonald tabled a debate on Raif Badawi's case and urged Tobias Ellwood, the Parliamentary Under Secretary for Foreign Affairs, to request of the Saudi government that an international observer be allowed to visit Mr Badawi in prison, so that they can check on and report back the conditions in which he is being held, and his physical and mental state.

Whilst Raif's freedom is the ultimate goal, this is a small, but positive, development. We await to see the response from the Saudi Government. 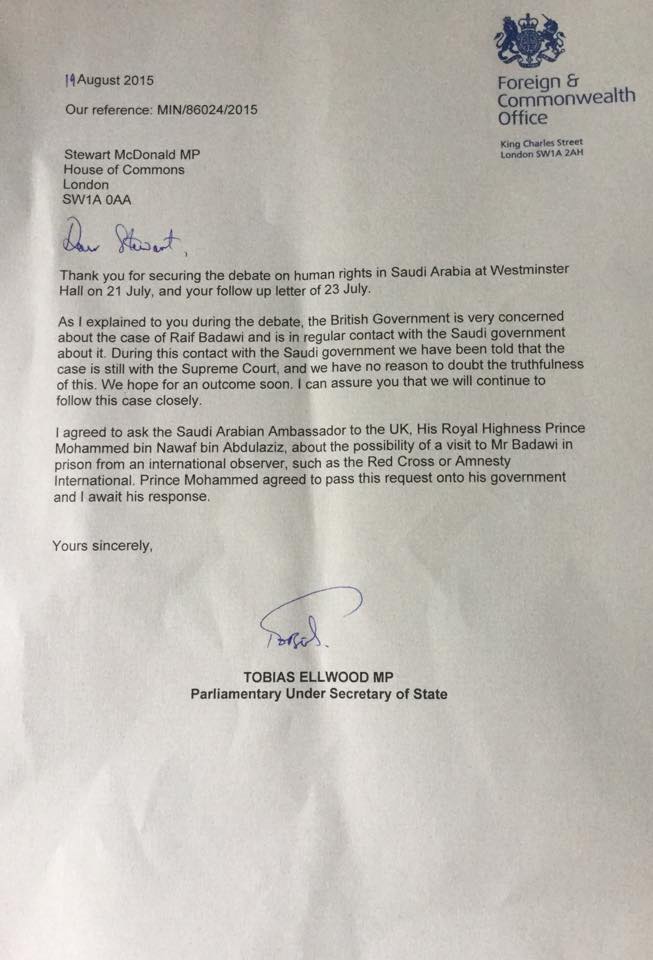