The Glasgow based human rights organisation Global Minorities Alliance (GMA) has called on the Scottish Government for immediate intervention for the release of the imprisoned Saudi blogger, Raif Badawi.

Mr Badawi has become an icon for the human right to freedom of expression after being imprisoned for posting his views on Islam on the website “Free Saudi Liberals”. The 31-year-old blogger was sentenced by Saudi authorities in May 2014 to 1,000 lashes, 10 years in prison and a major fine. Last week Mr Badawi was awarded with first Deutsche Welle Freedom of Speech award, among host of other awards conferred upon him from the world over. 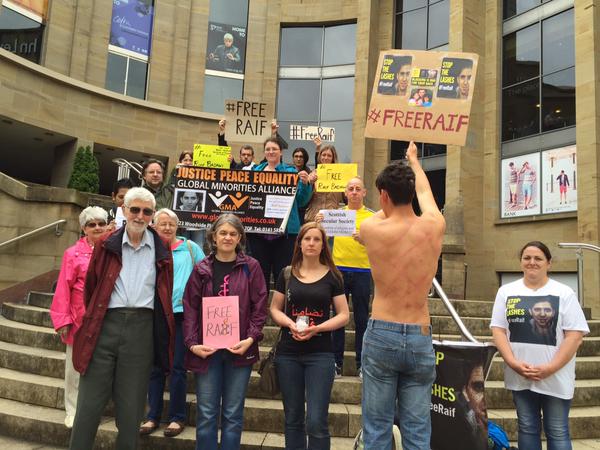 A vigil in support of Mr Badawi’s release was held by local human rights activists which was also attended by Anne McLaughlin MP, members Global Minorities Alliance, Amnesty International, the Scottish Secular Society as well as members of the wider public in Glasgow’s busy Buchanan Street at noon time on July 4 2015. 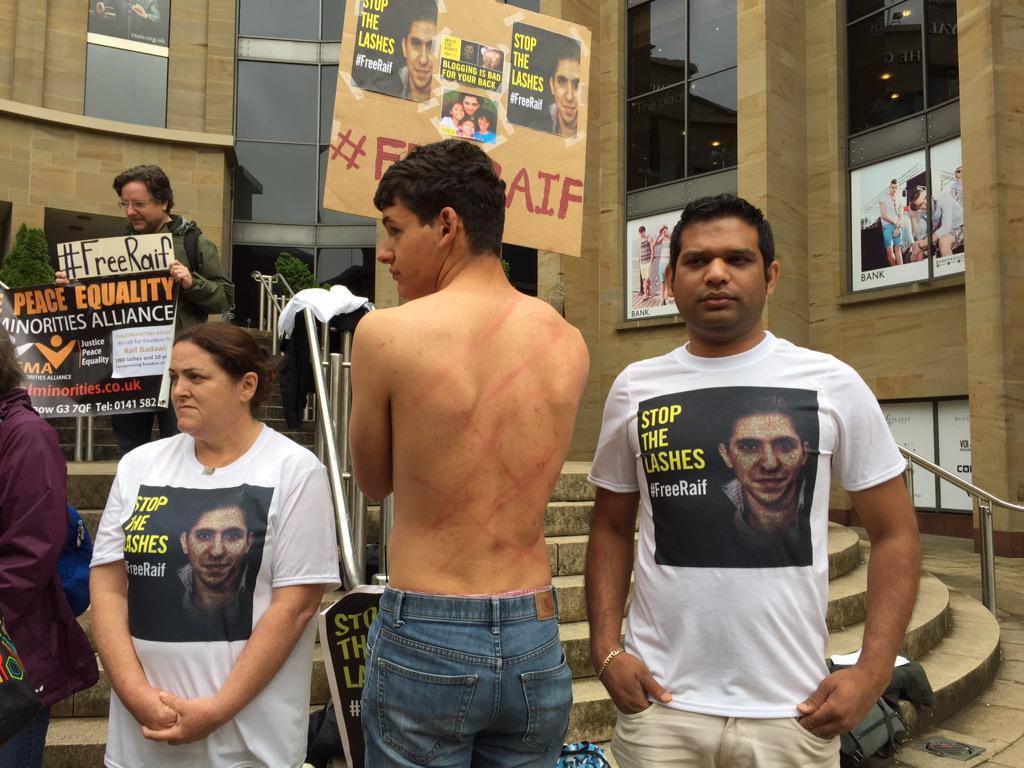 Anne McLaughlin, MP for Glasgow North East and SNP Spokesperson in Westminster for Civil Liberties supported the vigil and termed Mr Badawi’s lashing as ‘torture’ since thousand lashes are to be carried out in 20 sets of 50 lashes to let wounds heal in between. She further expressed her concern over the lack of pressure towards the Saudi treatment of Mr Badawi and his supporters.

Global Minorities Alliance urged both International and local human rights organisations, activists and civil society to force a more robust response and to increase Saudi Government not only to halt the lashing but to release Mr Raif Badawi. 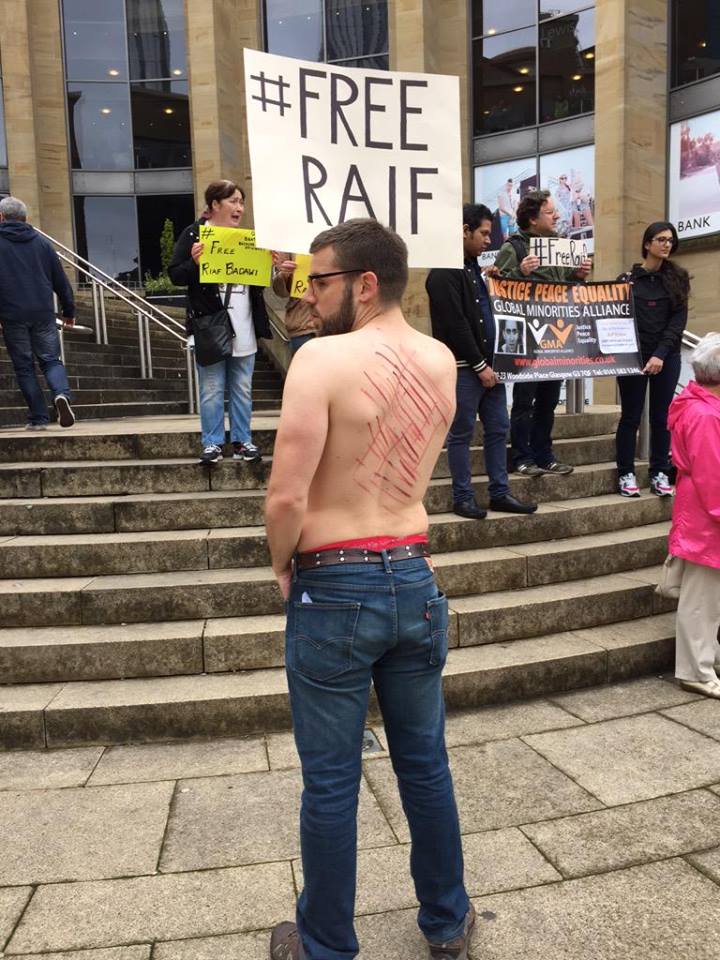 “We believe that every human being has a fundamental right to express their opinion which is also enshrined in the United Nations Article 18. Everyone has the right to freedom of thought, conscience and religion’ and stressed that Saudia Arabai being a key member of United Nations must honour its UN treaties.”

“Our thoughts are with Mr Badawi's family that is facing this challenge with a hope in hearts and we continue to support Mr Badawi's courageous wife, Ensaf Haider and her children at this difficult times of their lives”, said Mr Khan.

Elham Manea, associate Professor of Political Science at Zurich University and an ardent supporter of Raif Badawi, said in a message to Global Minorities Alliance ahead of the vigil:

“Raif Badawi is a symbol – a symbol for the right to freedoms of opinion and expression. The vigil sends a message to the world that these freedoms are not and should not be circumcised in the name of culture and religion. They are universal. Men and women are paying a high price all over the world in their own countries to guarantee these rights. The vigil sends out the message that these fights concern us all.” 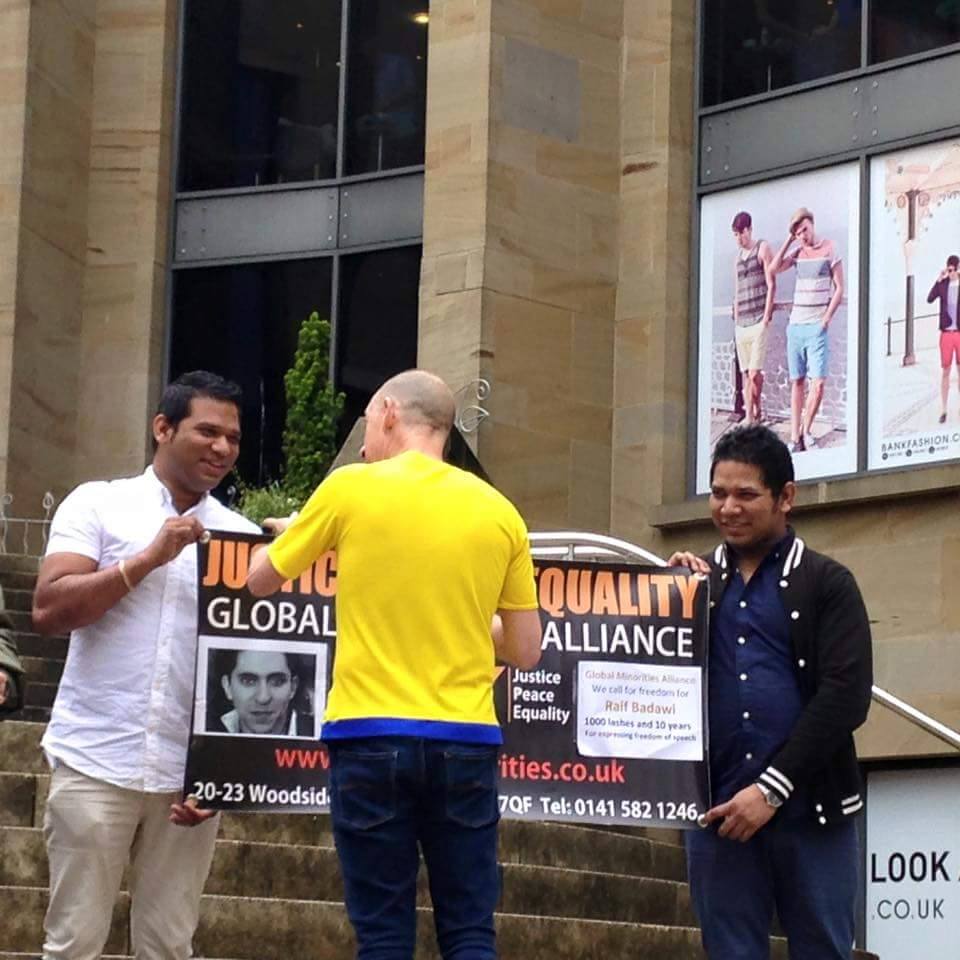 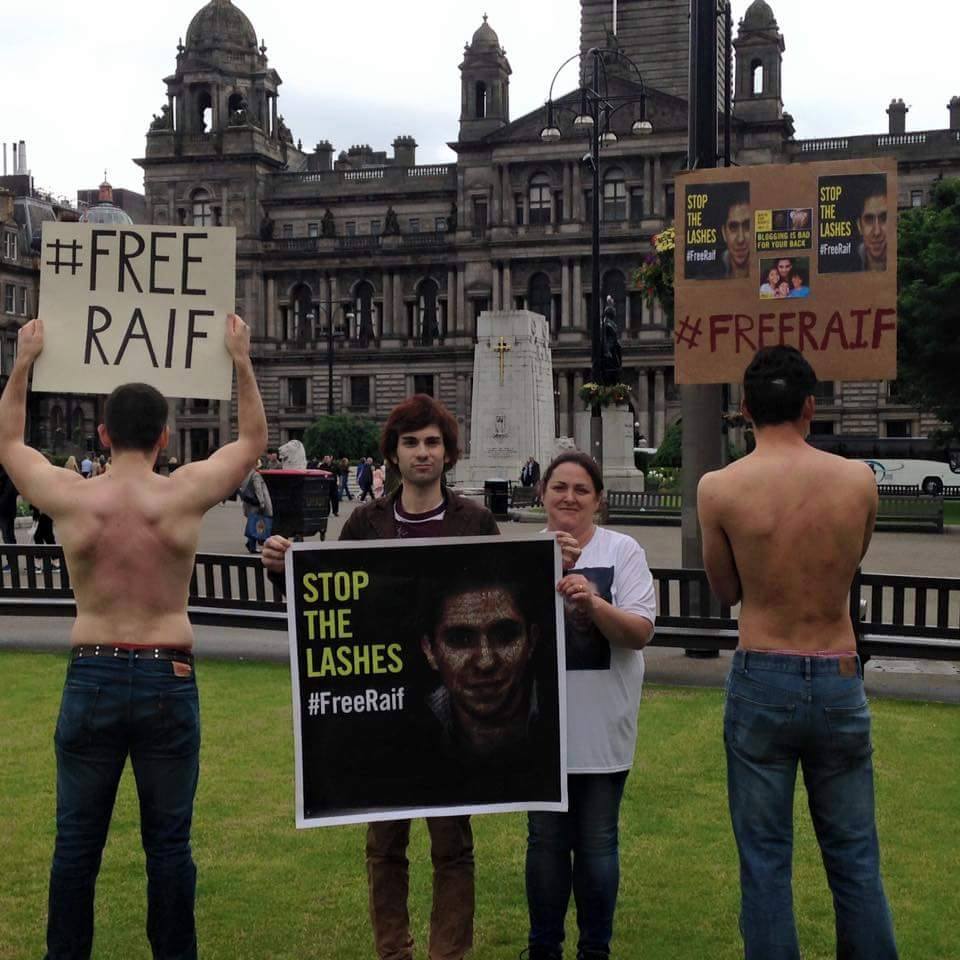