"Whether through state complicity or support, the enforcement of Islamist blasphemy codes is a tool for the strong to oppress the weak, a sword to silence political and religious dissent, a warrant for mob violence and a millstone around the neck of civil society.

Raif is far from the only victim of blasphemy laws. But his plight at the hands of Saudi Arabia's thuggish theocracy and his passionate reasonable writing has made him a symbol of the struggle for secularism and human rights in the Middle East. The world is now watching. Raif Badawi must be freed." 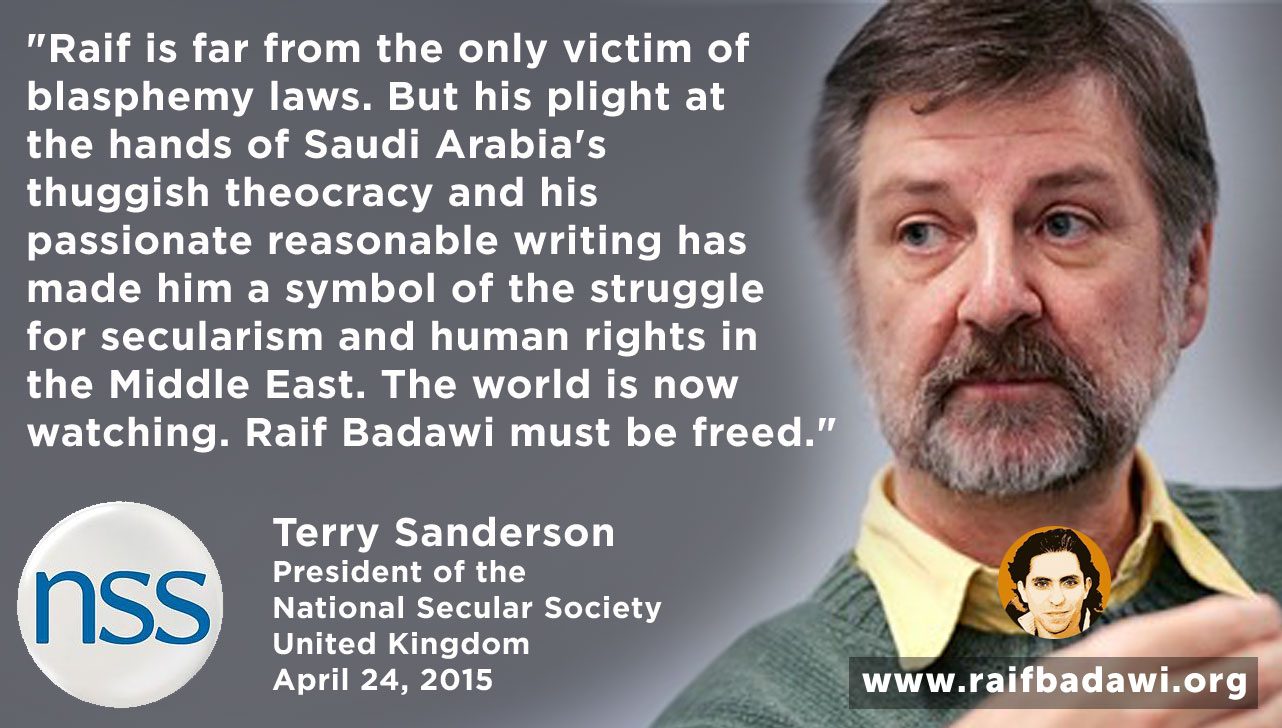